The West Indies came out on top in dramatic circumstances in the 2016 T20 World Cup final – the less said about what happened on that day the better – but that surely means we’re due some revenge.

But what should we expect from the reigning champions? In the first of our opposition factfiles, we examine just that… 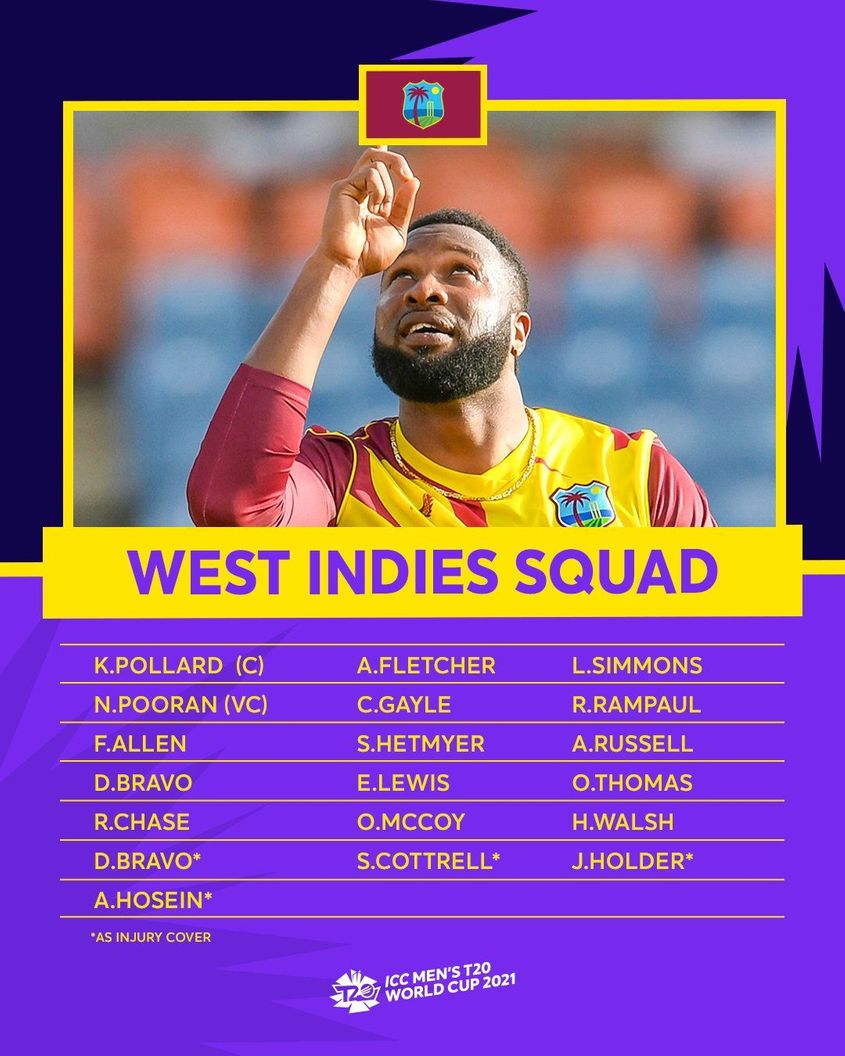 The West Indies announced their 15-strong squad last month and it is jam-packed with big names and familiar faces.

The batting unit, in particular, includes many of T20 cricket’s heavyweights from the last decade, including the likes of Chris Gayle, Kieron Pollard, and Andre Russell.

Add into that the talented Evin Lewis and Nicholas Pooran, and there’s no denying that they’ve got some serious power in their batting line-up.

It’s much more than just big-hitting, however, as these are some of the format’s great technicians and tacticians.

Speaking of which, the evergreen Dwayne Bravo and Ravi Rampaul lead their seam bowling department alongside the fresher-faced Oshane Thomas and Obed McCoy while their spin options are really defined by what they don’t have rather than what they do.

The omission hinted at above is that of Sunil Narine, one of the great T20 bowlers, who was left out of the World Cup squad due to fitness issues despite having taken this year’s IPL by storm in the UAE – the same location the tournament will be played in.

We don’t know enough about the politics of the situation to comment but one thing is for sure, they’re a weaker side without him.

An injury to left-arm spinner Fabian Allen, who has been replaced him the squad by Akeal Hossain, means that it looks likely that off-spinner Roston Chase and leg-spinner Hayden Walsh Jr will be the first choice options.

There’s no doubt that the West Indies’ strength is going to be their batting lineup and they boast one that, bar England, is probably the strongest in the tournament.

The number of game-changing players they have – Gayle, Pollard, Russell, Bravo, etc. – means they’re going to be a side that can win a match from anywhere and likely our biggest threat in Group 1.

That said, their strongest lineup does look quite left-hander heavy, which is something they’ll have to find a solution to.

While they do have some bowling talent, it’s not their strong point and if Morgan’s side can restrict them to a low score you have to feel they’d be in the driving seat.

As highlighted previously, Pollard’s side are England’s biggest threat in Group 1 and we can expect them to run us close – both on Saturday and in the race for the semi-final places.

Ultimately, you feel they’re likely to finish second in the group just behind the Three Lions – which could set up a repeat of the 2016 final on November 14th.

Want to join us in the Netherlands next June? Sign up with the Barmy Army to ensure you’re in with a chance…