Everything you need to know about Fairbreak Invitational - Barmy Army Menu

The first-ever Fairbreak International T20 tournament gets underway next week, with a Barmy Army team vying to become the inaugural champions.

We’re thrilled to be involved and particularly excited to be led by World Cup-winning captain and one of the greatest batters of all time, Heather Knight, while the England connection extends to the bench as another legend, Lydia Greenway, is our head coach.

Fairbreak was born from the idea of promoting equality for all and the tournament, happening in Dubai, is the next big step in the movement. Some of the world’s best female cricketers will be taking part in the two-week tournament with every match being broadcast on free-to-air television in the UK.

With the start of the tournament now just days away, here’s everything you need to know about the inaugural Fairbreak International T20 tournament…

The players are in Dubai already ahead of the start of the competition, which gets underway with the opening ceremony and first fixture on Wednesday the 4th of May.

The top four sides will reach the semi-finals, which take place on Saturday 14th of May, with the final and third-place play-off both played on Sunday 15th of May.

The Barmy Army team’s full schedule is as follows: 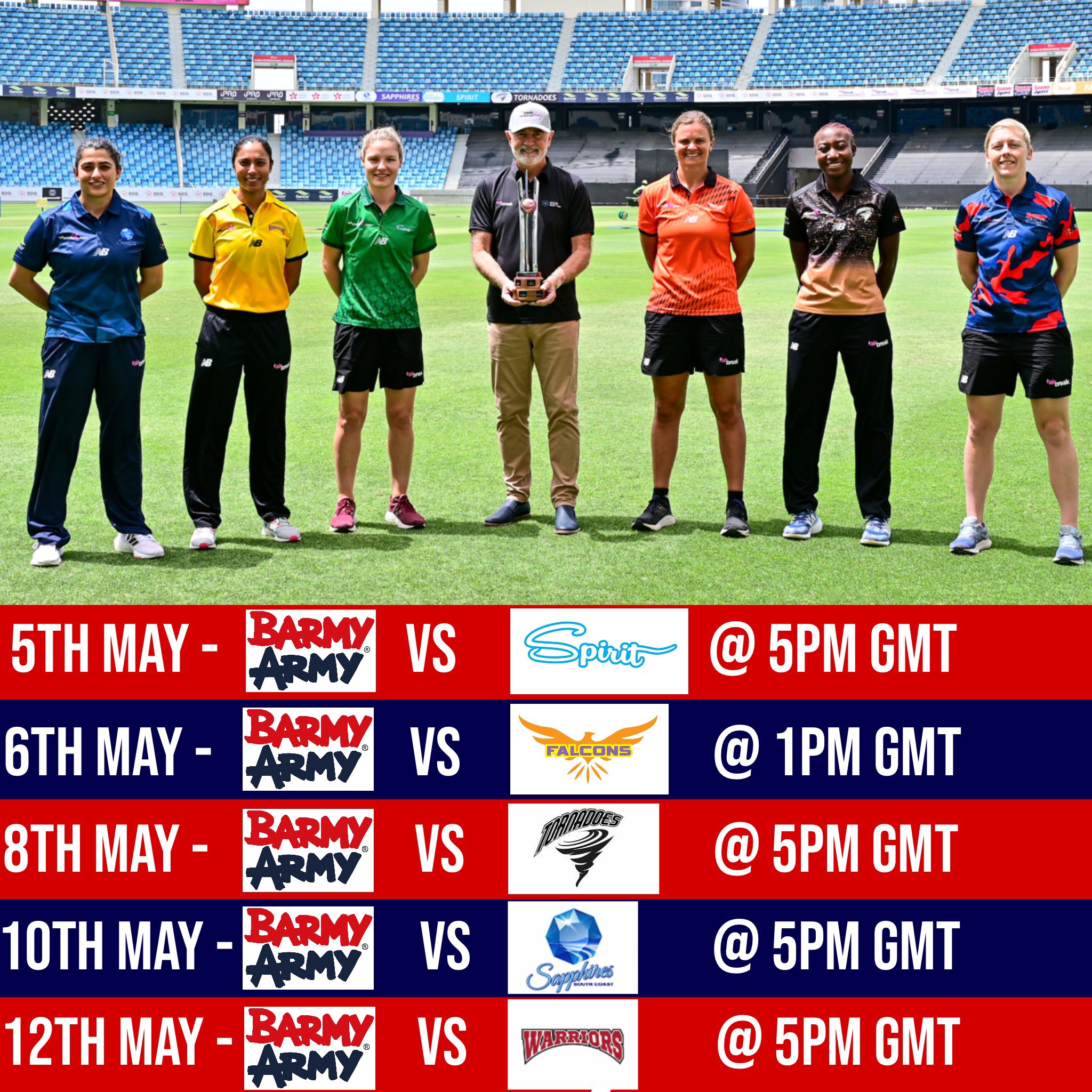 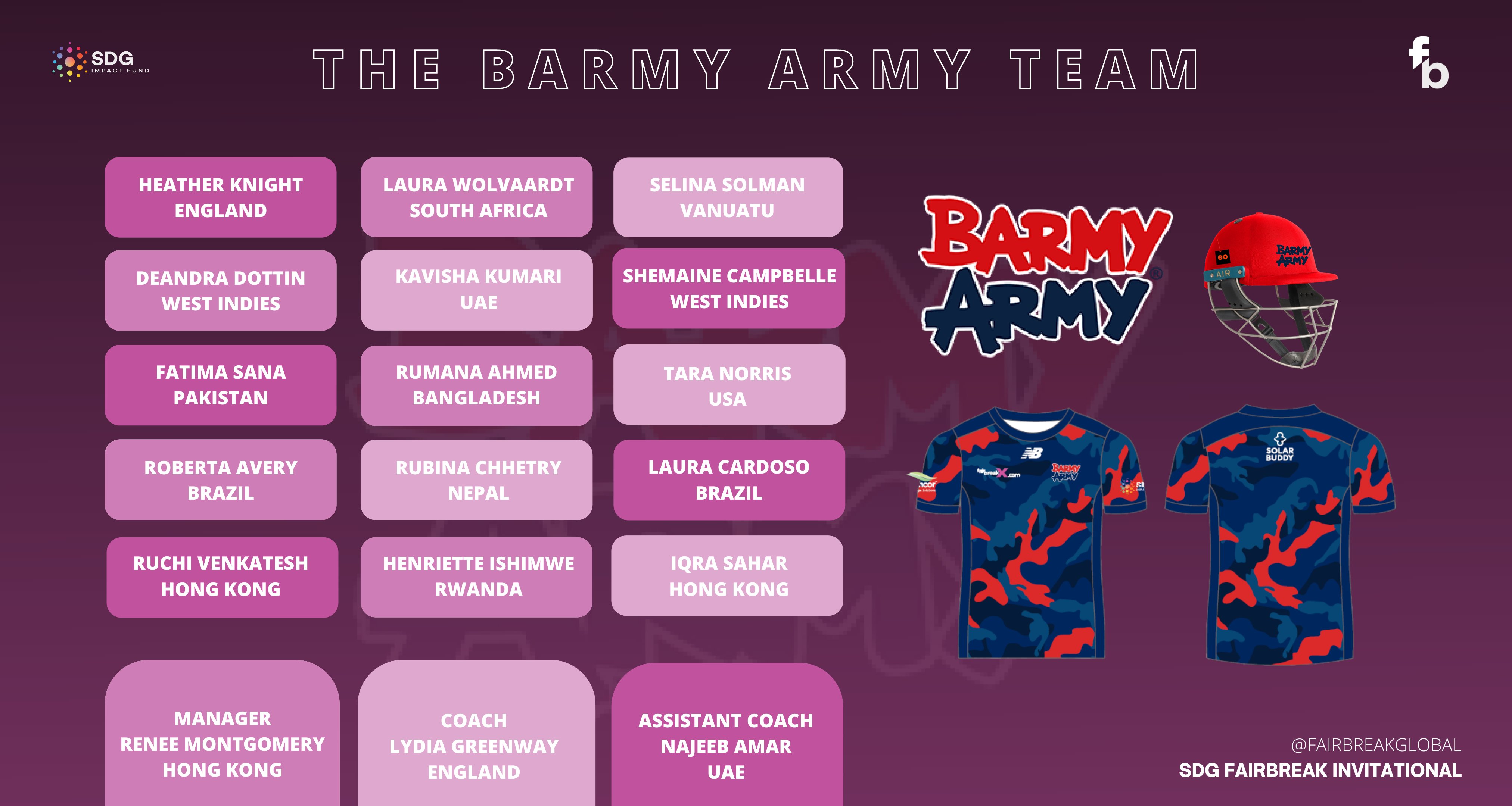 We are so proud to have Heather Knight leading our side and Lydia Greenway as our coach while the rest of the Barmy Army team pretty much sums up what Fairbreak is all about – an eclectic mix of nationalities from all over the world.

There are some absolutely HUGE names in the other five squads as well, with a fantastic mix of some of the world’s biggest players and some new faces from around the globe.

Check out the other squads below: 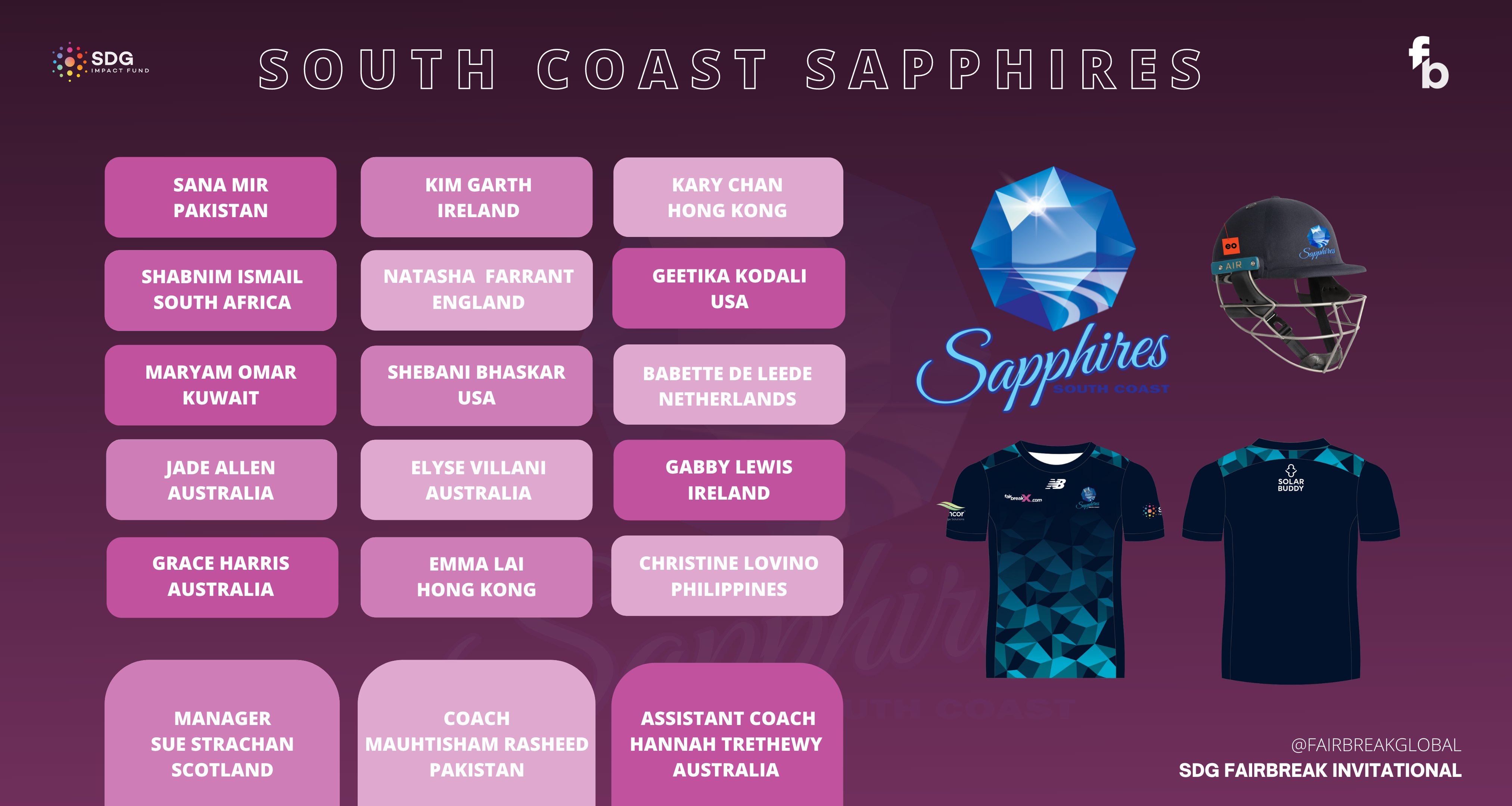 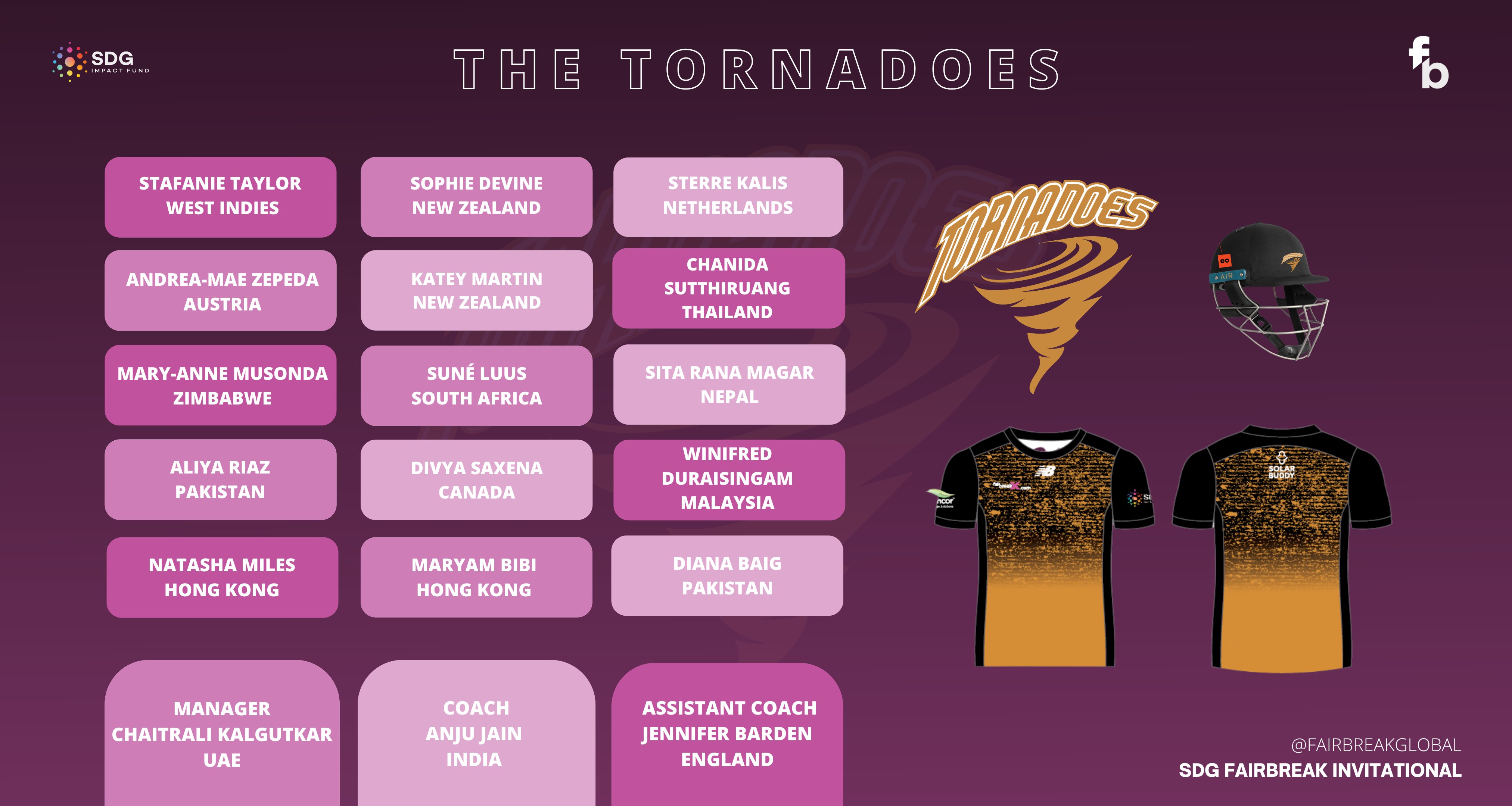 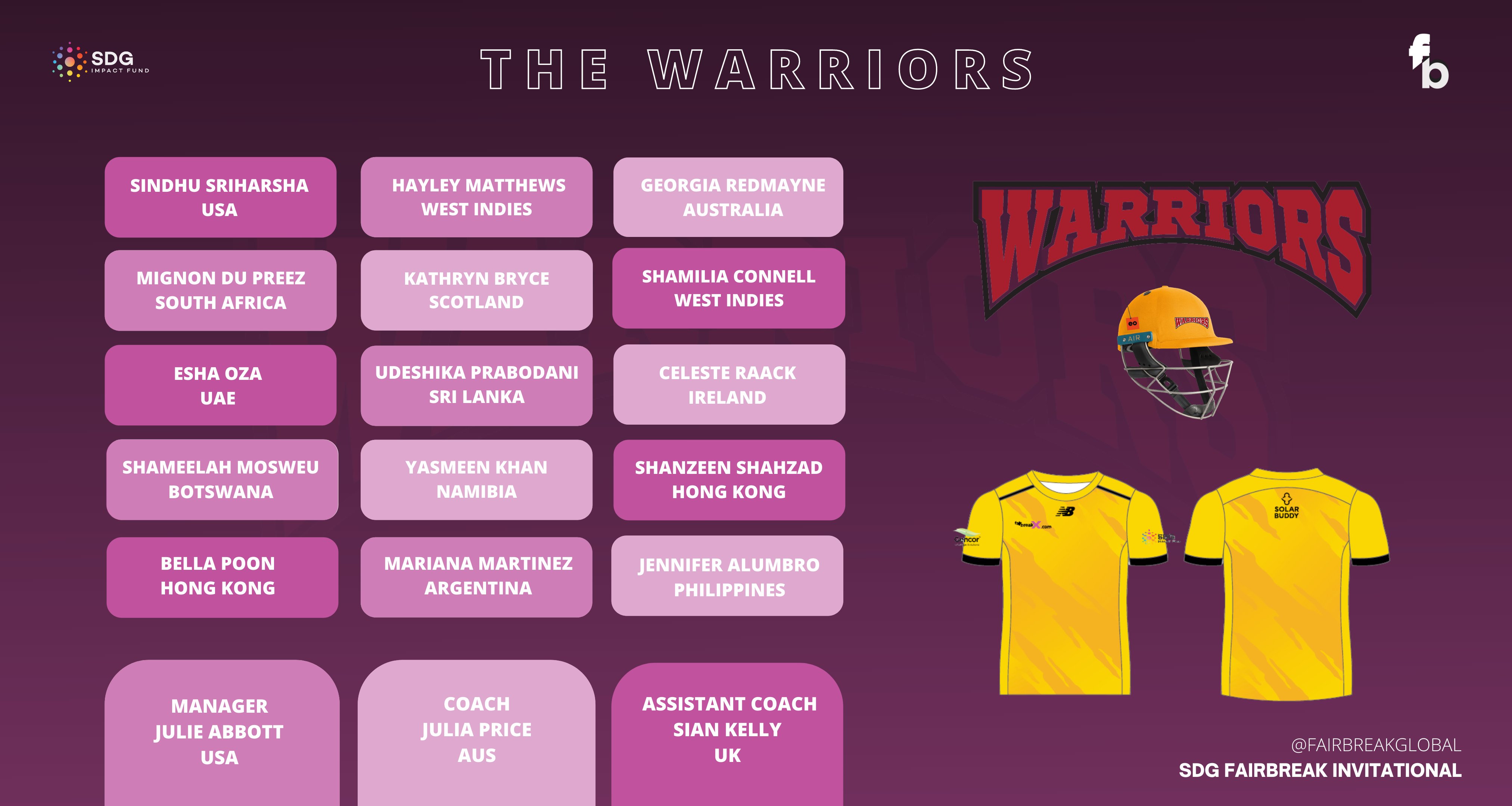 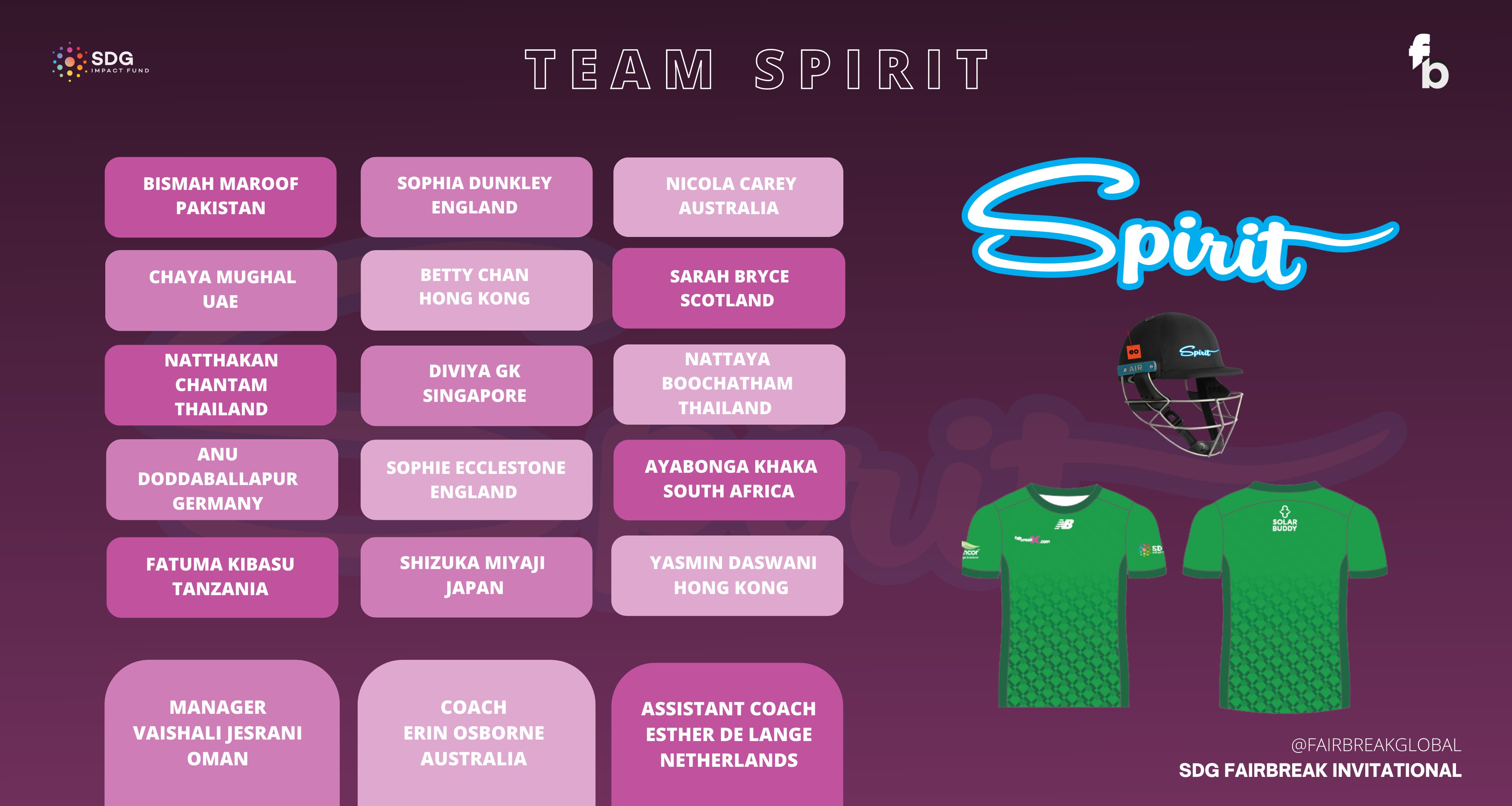 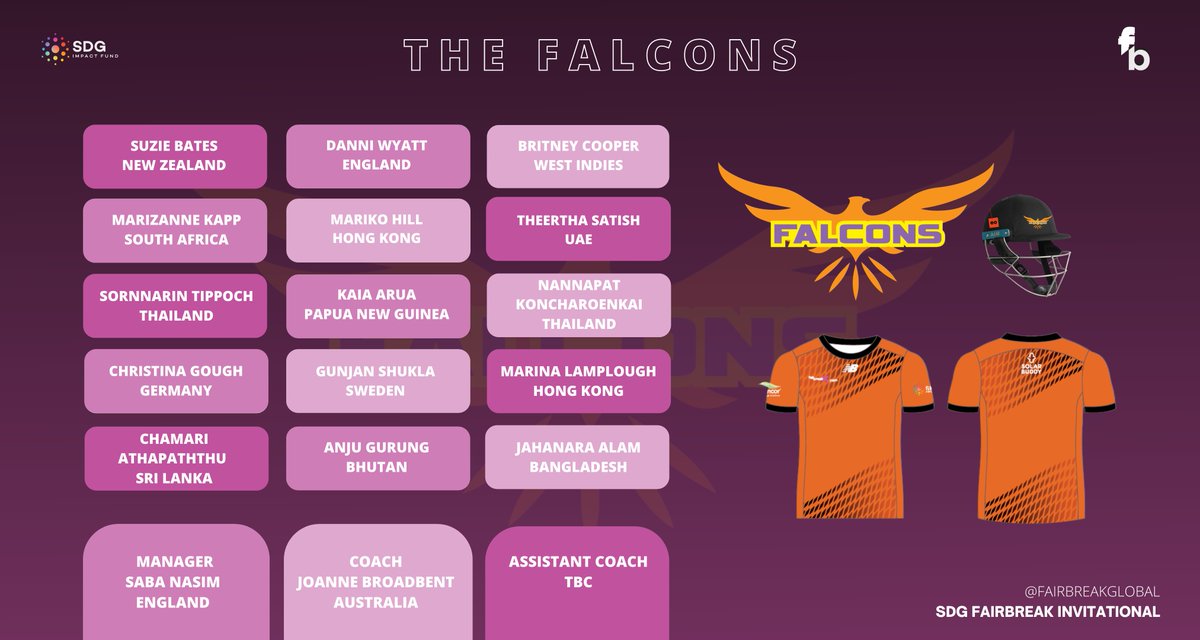 Where can you watch?

You can watch the Fairbreak Invitation live and exclusive on FreeSports, available on Sky 422, Freeview 65, Virgin TV 553, BT/TalkTalk 64, Samsung TV Plus and online through the FreeSports Player at https://www.freesportsplayer.tv/.

What we know ahead of the first England v New Zealand Test?

What to expect from Harry Brook and Matthew Potts